In the spirit of offering a weary soul (mine) respite, I give you Outlander.

Ten years ago, I had finished my first book, Soul Lost, and I went to the library to find others in its genre.  A librarian pointed me to Diana Gabaldon’s Outlander, saying that the time travel romance theme seemed to be similar.  Similar, yes.  But comparing Soul Lost to Outlander is like comparing The Santa Clause to Lord of the Rings.  (They are both entertaining, and they are both have elves, but one gives you Bernard and the other gives you Legolas.)  Outlander is a true epic filled with romance and intrigue, brawny highlanders in kilts, and a bad guy you really, really hate.  Thrillingly, the Starz adaptation is absolutely delicious, and I highly recommend it, even if you don’t read the book.

Claire Beauchamp Randall is a British nurse in 1945 who has just come off duty in World War II. Her husband, Frank Randall, was an intelligence operative, so they spent most of the war apart.  They go to Scotland on a second honeymoon to become reacquainted, and so Frank can follow his passionate obsession with family genealogy.  They are very much in love, but almost strangers after so many years apart. 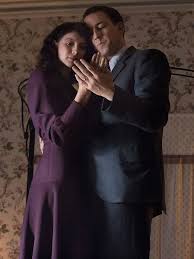 Claire’s own interest in herbal remedies leads her to a local, mystical stone circle (think Stonehenge but much smaller) where she plummets through time to 1743.  There she becomes the guest (as long as she doesn’t try to leave!) of Clan McKenzie and meets the laird’s nephew, Jamie McTavish, young, virile, sensitive, and intelligent. 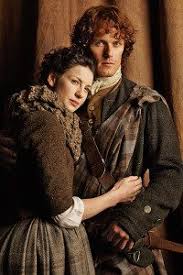 In 1743, some of the Scots were unhappy with British control, in no small measure due (in Gabaldon’s story) to being terrorized by an evil, sadistic redcoat commander, Captain Jonathan “Black Jack” Randall.  Yes, I did say Randall.  Black Jack is an ancestor of Claire’s beloved Frank and looks exactly like him, except of course for the perpetually nasty expression on his face. He tries on occasion to beat the life out of Jamie until his back looks like ground beef, and then for good measure tries repeatedly to rape Claire.  Nice guy.

To be fair to Claire, her repeated efforts to get back through the stones to Frank almost kill Jamie, literally. But, gosh darn, the only way to keep her safe from Black Jack in 1743 is for her to marry Jamie.  And of course, the marriage doesn’t count unless it’s consummated.  Wow, that’s too bad.

I thought that Jamie and Claire’s wedding and wedding night in the book was one of the most tantalizing and yet sweet, romantic scenes I had ever read.  On Starz, that scene came to life in a way I would never have thought possible.

She loves Frank, but over the next few months Jamie becomes the beating of her heart. I cannot begrudge her that.  Gabaldon’s Jamie is sweet and loving, caring and ferociously protective, tolerant and forgiving, and yet at the same time that he is vulnerable, he is absolutely breathtakingly masculine.

How could she possibly resist him?

Claire’s character is endearing in a way that I find extremely rare in stories of this kind, being usually more focused on the male half of the romantic couple.  She is an army nurse, battle-hardened and resilient, and dives into the opportunity to use her 20th century knowledge to help the 18th century folks as much as she can, earning the reluctant respect of her suspicious hosts. She has a personal code of morals and ethics that she does not surrender, but instead transfers to her new situation.   In true romantic heroine fashion, she would never have betrayed her marriage vows to Frank except under extreme duress.  The violation itself is somewhat unclear, however, since when she marries Jamie, Frank won’t be born for another 200 years.

1. When Claire is with Frank, it is as if her life is taking place in black and white, definitely all greys, and blacks and blues.  When she is with Jamie, it’s all about soft firelight, warm browns and greens, and healthy, flushed skin tones of people who spend lots of time outside in the sun.

2. A change from the book: Frank urges Claire to get married on a whim as they are passing the Registers Office.  Jamie insists on a church, proper clothes and a wedding ring. (In the book they are married in the same church 200 years apart, causing no end of angst for Claire.)

3. The final episode of this season, episode 8, gives us insight into Frank that the book does not.  It shows him, frantic, passionate, distraught and finally an inkling of the possibility of the same cruelty that is shown by his 18th century relative.  It made me wonder what types of things Frank had to do in the war, perhaps some more dangerous and violent than even what Claire had seen where she was near the front line.  Diana Gabaldon is a consultant on the series, so she must approve of their depiction.

4. After their night of love-making, Claire wears her hair down, giving freedom to her natural fullness and curl.  It is lovely, really, and it makes her look softer and more feminine, as though she belongs in the time where she is.

I am completely obsessed with Outlander, and though the series has had it’s ‘midseason’ finale, I find myself turning to the book over and over again to recapture the feelings it makes me feel.  The Starz series is exceptional and spot on, and I am in love with the characters, all of the characters, as well as the amazing Scottish landscape.  And so now we wait.  The second half of season one will resume in April, God help us.