I’ve returned from Ireland, and it was fantastic.  What can I say that hasn’t been said before?  It is green.  It is beautiful.  The people are warm and welcoming.  Everyone says these things, and they are all true.

Let me tell you what I wasn’t expecting.  First of all it feels big.  Ireland is a little country, an island, but the neat, green, patchwork fields stretch to the tops of the rolling hills all around you and seem as though they must go on into infinity beyond them.  The ubiquitous sheep become tiny, snow-white dots in the distance.  It feels like you could walk for days and never reach the end. 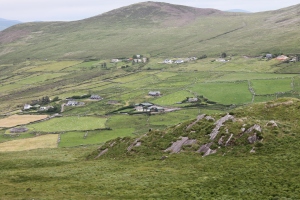 Next, I was not prepared for the rugged shore.  Unlike the sandy white Florida beaches that I have known all my life, in Ireland the waves break on huge boulders that seem to have been dropped there by the giants of their ancient legends.  While I expected the stone pillars of the Giant’s Causeway based on pictures I had seen, I had no idea of its size or height, its columns dwarfing humans to the size of insects   Surely it took Finn McCool himself to build such a bridge and an equal feat of strength to break it.

The people are warm and welcoming yes, but they also have a wonderful, dry, intelligent wit.  The driver of our Ulsterbus, as we toured the southern lands, joked easily about his monster-in-law and others in a broad Irish brogue that was a joy to hear even if it was occasionally hard for our American ears to understand.  The friends of our friend made us feel right at home and adopted us as part of their group, even though they had been together since high school, and we had only just met.  Spending time with them was a true joy, and as comfortable as though we too had known them all our lives. 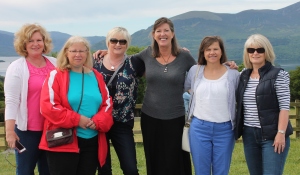 Finally, I felt sure that the Owl Cottage could never live up to my hopes and ideal visions, but it did so and well beyond.  It was every bit as neat and quaint as any traveler could ask for, surrounded by stunning gardens worked endlessly by our tireless hosts.  Inside, its walls and shelves were filled to overflowing with collections enough for a lifetime–plates, cups and saucers, books and lamps–and a stove invited us every day with a cozy fire to warm the cool Irish air. 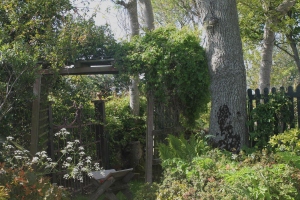 And so it is safe to say that Ireland far exceeded all of my expectations, to a point where words cannot convey how much I was moved by its beautiful lands and wonderful people.  Perhaps it would be best for you to go and experience it all for yourself.